What happens at 12 months

At 12 months old, our babies are quickly becoming toddlers. They are seasoned eaters now and are having regular meals of family food and snacks. This means that they’re ready for food to be their main source of energy and nutrition. Milk becomes a supplement instead of the main nutrition source.

The proteins and minerals in cow’s milk are too much for a young babies stomach and kidneys to handle, but from 12 months (or there abouts) their gut has matured enough to digest the milk properly.

So when they turn one, they can be weaned off the bottles of formula and onto cow’s milk. As they’re getting most of their energy and nutrition from food – they don’t need the formula as a nutrient supplement.

This is a process that can take days or weeks, depending on the child. It doesn’t need to happen the day they turn one.

Breastfed babies continue to have breastmilk as their main milk source, but can have cow’s milk drinks too.

How many milk feeds does a 12 month old need?

A 12 month old should be eating 3 meals a day and probably 2 snacks too. These meals should be contain a wide variety of foods from the 5 food groups and food is where they are getting the majority of their energy and nutrition.

A 1-2 year old will need 1-3 milk feeds a day, up to a maximum of 500ml (there is no limit on breastmilk). Some little ones love milk so much it interferes with their appetite for eating other foods. Too much milk or formula fills them up so they don’t eat enough food and miss out on vital nutritients such as iron. Having more than 500ml of milk a day can also contribute to iron deficiency as the calcium competes for absorption with iron in food. Children who drink 2 or more bottles/cups of milk a day are also more likely to experience constipation and are less likely to eat enough lean protein and vegetables which are essential for their growth and development.

Why do they need to stop formula 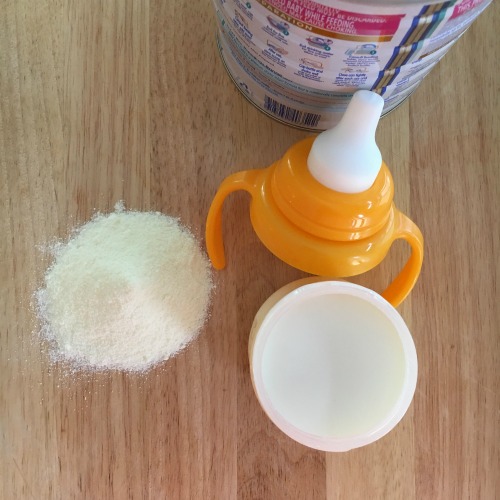 I see lots of parents who are spending $20 every week on toddler milks, worried as yet another dinner is thrown in the floor. Supplementing with formula continues the cycle as they fill up on the easier, more comforting option instead of eating food. Please take comfort in the fact that babies and toddlers can eat to their appetite, and it changes regularly. A great deal of growth happens in the first 12 months and their hunger for milk can seem insatiable. After 12 months though, their growth slows, and so will their appetite.

Stage three and speciality toddler milks are a dietary supplement and so it can seem a good idea to supplement a fussy eater’s diet with fortified milk. However, these formulas aren’t a complete food so you can’t rely on them to meet all of your toddlers dietary needs if their diet doesn’t stack up. It’s much more important for their long-term health to get their eating sorted.

Milk and formula also fills up little tummies so they aren’t driven by hunger to eat a proper meal. This is why it’s important to offer food first, before milk.

Toddler milks promise to provide essential prebiotics, probiotics and omega 3. But all of these, plus iron are available by providing a wide variety of fruits, vegetables, wholegrains and fish. Plus they get the added benefits of antioxidants and other essential nutrients not found in formula. They will also have a head start in enjoying a wide variety of nutritious foods. Toddlers who quit formula at 12 months are less likely to become fussy eaters later on.

Transitioning from formula to milk

Some babies are happy to drink a bottle of cow’s milk first try, while others need more time to adapt. Give them regular opportunities to taste cow’s milk first. Before a meal when they are hungry is a good opportunity to let them try small amounts (50-100 ml).

You can also try making up bottles/cups of half cow’s milk and half formula. For a really reluctant milk drinker, you could even go to a quarter cow’s milk and three-quarters formula and increase the ratios over a few days.

Try milk at different temperatures to see which they prefer. If you’ve always given them a warm bottle of formula, try warm cow’s milk first.

Once they will happily drink a cup of cow’s milk, you can stop giving them formula.

What about when they’re sick and not eating well?

A child who is sick and hasn’t been eating well (or at all) doesn’t need formula or a dietary supplement unless they have been sick for a long time and your GP or paediatritian has recommended it.

The most important thing is to keep their fluids up with water and milk when they are unwell and when they start to get their appetite back, offer small frequent meals of healthy foods. Low appetite for a week or two won’t result in nutrient deficiencies.

What type of milk?

When chosing a cow’s milk, it doesn’t matter what brand it is or if it’s fresh or UHT. But it must be full cream milk. This is not only for the extra energy but the fat is important to for absorbing fat soluble vitamins like A, D and E and antioxidants.

If you suspect that your child might not be doing well with cow’s milk, it’s really important that you see your GP to determine if it is a cow’s milk allergy, lactose intolerance or lactose sensitivity. All three require different dietary management. A child who is lactose intolerant or sensitive who follows a diet for cow’s milk allergy will have an unnecessarily restrictive diet and is it risk of nutrient deficiencies.

A2 milk is milk from a cow that doesn’t produce the A1 protein, which is thought to cause the majority of intolerances to cow’s milk. It’s widely available in most supermarkets now and is an option if you suspect cow’s milk might be causing gastrointestinal upset.

Goat’s milk has become popular as an alternative milk recently. But if your child has an allergy to cow’s milk, they will most likely also be allergic to the protein in goat’s milk as it is very similar. It doesn’t offer any significant nutritional benefit over cow’s milk. Goat’s milk isn’t as nutritious cow’s milk and doesn’t make a good alternative. Both goat and sheep’s milks are not suitable for children under 2 years.

Soy, rice, almond and coconut milks are widely available alternative milk sources. Don’t be fooled into marketing hype though, they aren’t more natural or more nutritious. In fact, they are more processed and have to be fortified with fats, calcium and other minerals to be a milk substitute. Even then, cow’s milk comes out on top for nutrition. In fact, our Government’s Infant Feeding Guidelines recommends that alternative milks not be given until 2 years (if at all) because they aren’t nutritionally complete.

For those who can’t tolerate cow’s milk, rice and oat milk can be used from 12 months old as long. Look for unsweetened versions that have been fortified (enriched) with at least 120mg calcium per 100ml and make sure they are getting other sources of protein (plant and/animal sources) and vitamin B12 (from meat and dairy)in their diet.

Children don’t actually need to drink milk to be healthy. A 12 month old only needs 1 serve of dairy a day, this could be 40 g of cheese or 3/4 cup (200 g) of yoghurt, or 250ml of rice or oat milk. They can also get calcium, protein and fats from other plant and animal sources. As long as they are eating a wide variety of nutritious foods, formula or fortified toddler drinks still aren’t necessary.

If you are worried about a fussy eater or non-milk drinker, talk your GP, paediatrician or health nurse before you start using a toddler milk or other supplement. If there is a problem that can’t be managed at home on your own, a referral to a paediatric dietitian or speech therapist will be much more helpful in the long run than a milk supplement.

University qualified Registered Nutritionist, recipe developer, blogger, mum and foodie. I have a no BS approach to nutrition and healthy eating and I'm here to help. This site is a collection of blogs on nutrition, healthy eating and recipes. Want something more personalised? Check out my services → 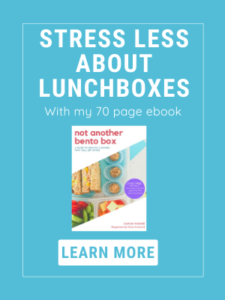 to receive a free download of lunchbox recipes and tips. 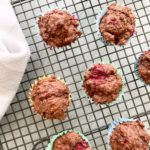 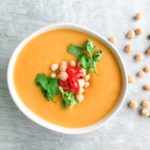 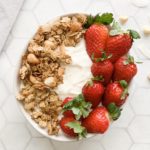 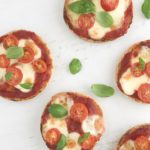 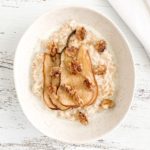